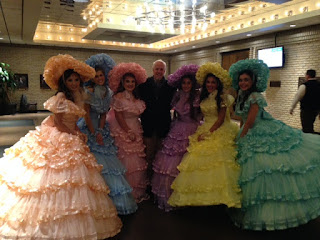 This is not a beauty contest. Quite the opposite. 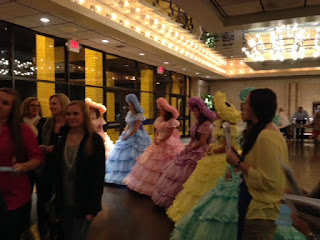 When I attended last year I was a judge of the written essays. Their essays did not count for anything except entering the pageant. What I discovered then shattered my preconceived views on Southern women and their role in the community.

This year’s event was even better. Forty-six contestants, from five different high schools between the ages of fifteen and seventeen participated. More than half had GPA’s of 4.0 or BETTER!

And the theme could not have been more relevant: American Made! 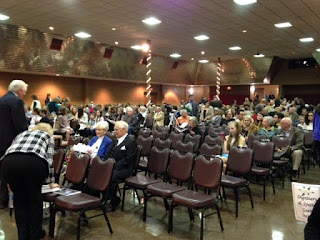 These young ladies displayed an inordinate amount of talent, smarts and courage. More than I had ever viewed in my home state of California (sorry beach girls). From the opening dance number to the individual creative skits (with costumes - picture a duct tape formal, or a sequined Krispy Kreme Doughnut), they displayed a self-assurance and class that was well beyond their years. There were also segments of poise in evening gowns, their individual interviews with the judges, and the narrowing down of contestants to twelve.

The final questions for these finalists was the basis for 25% of their total score, and six of them were honored to become next year’s Dogwood trail Maids.

The winners were:
Hannah Smith

Something new was introduced this year: the written essays now count toward 10% of their score.

Various women also received scholarships and many other awards for participating as well. 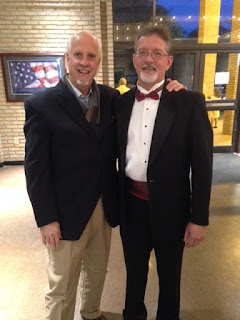 The emcee was Kenny Graves, who has held this position for 28 years, and it showed in his professionalism and ability to seamlessly move through the program with grace and humor.

Angela Cocke was the managing director, and Natalie Anusiewicz was the pageant director. Two knowledgeable and wonderfully patient women who are essential cogs in the wheel that made this show great. They are also past Dogwood winners. 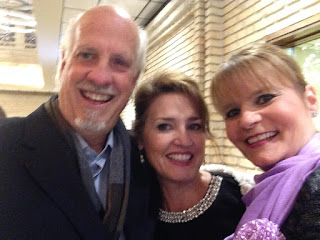 Choreography for the young ladies was by Susan Harrell, who created beautiful dance numbers and oversaw the skits.

Elizabeth Denham wrote the script and all the participants’ bios, and also helped backstage with the girls’ costume changes and jittery nerves. Elizabeth, along with Karyn Tunks and myself, were also judges of this year’s essays.
Another essential part of the pageant was Chris Finerty, who is the Executive Secretary and Program designer. 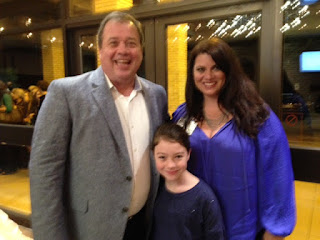 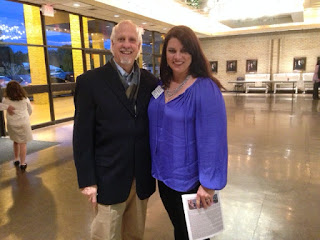 However, the driving force behind this entire pageant is JoAnn Broadus, whose tireless energy and clear vision for the pageant have kept it running since the early 1990’s. She has demanded and implemented a level of professionalism that courses through the entire pageant and continues throughout the year as the young women go out into the community. As part of their commitment to being a member of the Dogwood Court, they are required to perform 170 hours of volunteer services. They are held to high moral and ethical standards, including grades and their standing in the community. 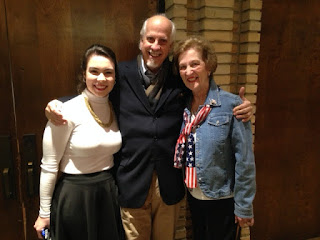 I also want to mention how impressed I was with the volunteers who helped to make the night glide so smoothly. Although there were forty-six young women, the show lasted only about three hours. The volunteers helped make this possible.

And a special thanks to Joseph Tarrabela for helping with the filming
. 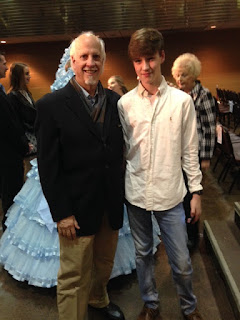 What did I take away from this year’s magical event?

The future is in good hands.

Many of these young ladies want to (and I predict will) become doctors, nurses, teachers ,lawyers and business people. They all volunteer to help make their community a better place to live. They all have causes they are passionate about and devote time and energy toward. And they do this while maintaining their grades and their wonderfully positive attitudes.

Before coming to the event last year and learning the depth of what the program was about, I simply thought they were cute girls who attended events in colorful antebellum dresses, smiled, waved and made the people around them feel better.
What I discovered was the real purpose of the Dogwood Court: to display to the community the future leaders, the future role models, and the future hope of women throughout the Eastern Shore.

I have been inspired to film a documentary, through my production company VERITAS Entertainment Group, LA (which stands for Lower Alabama), about the whole process of the pageant, from when the girls applied almost five months ago to the night of the pageant. One thing is clear: all the participants have grown in self confidence and self esteem, and are the better for going through the program whether they win or not.

The real surprise, the ‘aha’ moment for me, came when the current court came before the Rhodes Scholars annual meeting, wherein they appeared before them and were questioned by these very esteemed and intelligent persons. By the end of the evening, they stood up and applauded them. Not a perfunctory act, but a genuine show of respect for their intelligence and charm.

That about says it all.

It was a magical and fairy tale evening that culminated with the next six women being chosen to be the 2016-2017 dogwood Trail Court. They will go to various events throughout the Eastern Shore. One of their appearances will be before these same Rhodes scholars, and I am positive they will get a standing ovation, for they are a part of the best and smartest of the Eastern Shore, and through their commitment to service provide role models for the rest of the young girls and woman who meet them.

John O'Melveny Woods is an Author, Publisher and Filmmaker living in Fairhope, Alabama. His web site is www.JohnWoodsAuthor.com


Posted by john woods author at 6:28 PM No comments: